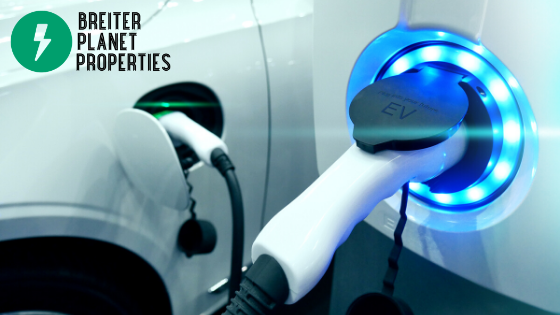 The electric vehicle market is young, but fascinating. Tesla, and their fearless leader Elon Musk, are developing some exciting advancements in electric vehicle technology. While Elon is making impressive progress, other, more established car companies are strategically moving their chess pieces into the EV market.  Volkswagen, for example, has some big goals for their fleet. “Volkswagen has made the most aggressive move of the traditional auto companies into electric vehicles, announcing plans to invest €30 billion ($33 billion) to electrify its entire product lineup over the next four years.” (CNN) The transition to electric vehicles will undoubtedly run into some obstacles over the next few years, but with minds like Elon and huge companies like Volkswagen at the helm, the solutions to these problems will come.

One of the main draws of an electric vehicle is being able to ditch reliance on gasoline. Last month in California, gas prices rose above 5 dollars per gallon. EV charging can be done in the comfort of your own garage. Free charging at grocery stores, coffee shops and shopping centers is an incentive used to draw in electric vehicle drivers and their business.

Charging infrastructure still has a long way to go. As the worldwide transition to renewable energy continues, energy companies that traditionally dealt with gasoline and other fossil fuels are breaking into renewables. BP and Shell are two energy giants that are breaking into the renewables and specifically EV charging stations. Along with Elon and his Tesla Superchargers, EV charging development will need to keep up with the proliferation of electric vehicles.

Electric vehicles have the potential to become mobile energy stations. With great capacity in their batteries, the opportunities seem endless. Nissan is one of the companies that is fully backing the use of electric vehicles as roaming energy storage systems. With this comes the use of V2G (vehicle to grid) and V2H (vehicle to home) energy transfer. So, similar to an energy storage unit, you could take advantage of time of use rates and demand charges by charging your vehicle during off-peak hours and then selling that electricity back to the grid during high demand times. Electric vehicles have a tremendous amount of potential to increase resilience in the face of increasing climate change and more severe weather patterns.

Another potential use for these mobile batteries is to assist in resilience. Back in 2011, when a Tsunami hit Japan, electric vehicles were sent to the disaster areas to assist in recovery and aid. Gasoline powered cars were unable to fuel up since the Tsunami had damaged the gasoline pipelines. Electricity was restored relatively quickly, so these agile vehicles were able to provide relief by transporting people and supplies. “They were pressed into service ferrying supplies to refugee centers, schools and hospitals, and taking doctors, city workers and volunteers on their rounds.” (NYT) The EVs were also used as sources of heat and backup batteries. Since then, Nissan has been developing the technology that allows EVs to share their stored energy. (NissanNews)

More recently, in September of 2019, Typhoon Faxai struck Japan and caused rolling blackouts. Once again, EVs were sent for relief. “Over 340,000 households in Chiba were left without power for more than three days in humid weather. Nissan sent LEAFs to local community centers where residents were able to use the EV batteries for fans, refrigerators, freezers, lighting and smartphones.” (NissanNews)

Here in the United States, California has been ravaged by wildfires again this fall. PG&E responded by implementing Public Safety Power Shutoffs, but were still unable to prevent the fires from raging.

This was Elon’s response to the wildfires in regards to the Tesla Superchargers. Unfortunately, it feels as if the California wildfires are something that we can count on happening year after year, but at least Tesla’s charging infrastructure will be prepared to handle outages if they occur.

V2G (Vehicle to Grid) and V2H (Vehicle to Home) technology will play an important role in resilience as we move into a future of climate uncertainty. Fermata Energy, Ossiaco, and Nuuve are three companies leading the charge (no pun intended) into the V2G and V2H markets.

It is clear that electric vehicles will play a key role in the energy transition. Breiter Planet Properties is excited to be a part of this energy transition as well. We help businesses, homeowners, and landowners achieve their energy goals. Follow this link to see how we can help you meet your energy needs!