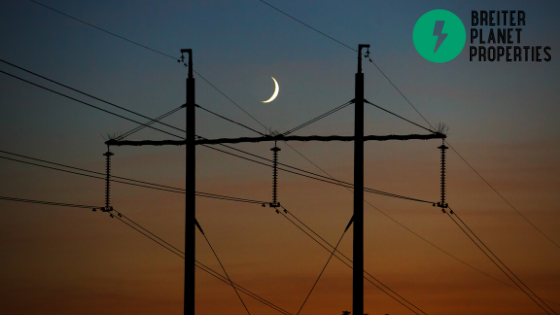 As we move toward a more sustainable future, fossil fuels are becoming a thing of the past. While they must continue to be part of the mix of energy sources, their share of electricity generation is decreasing. We are updating our generation sources to renewables like wind and solar. With this upgrade comes major infrastructure revamping. According to Morgan Stanley, “The world needs to spend $50 trillion on five areas of technology by 2050.” (Source)

One of these technologies is renewable energy, which will require $14 trillion to meet delivery needs of approximately 80 percent of global power by 2050. With such a great increase in renewable generation, the paths of distribution for this energy are also going to need to undergo a facelift. Transmission lines will be a main area of focus as we modernize our electricity infrastructure.

Senator Martin Heinrich of New Mexico is one of the leading proponents of updating and upgrading transmission lines. During his Keynote address at the International Summit on the Electric Transmission Grid, Heinrich announced: “I want to let you know that I am also thinking through legislation to create an investment tax credit for regionally significant transmission projects.” (Source) As we know in the renewable energy world, policies like the solar ITC are powerful vehicles for driving growth and development of renewable energy projects. A Transmission Investment Tax Credit would likely give a similar boost to projects that renovate and revive electricity generation and distribution infrastructure.

Others in the field agree with Senator Heinrich. American Wind Energy Association President and CEO Tom Kiernan gave the “antiquated” transmission system a D-plus. (source) The major infrastructure overhaul and transition to renewable energy will not be easy. It is important to leverage relationships and work collaboratively throughout disciplines to achieve our goals. Support for new transmission lines and grid infrastructure from all renewable sectors will be paramount in this transition and it is exciting to see others in the field calling for similar policies.

This Western Spirit Transmission Line is one that developers can look to as a model for future grid and utility infrastructure. Accompanied by a transmission investment tax credit, these projects would be even more feasible. As aging transmission lines call for inevitable revamping, it is time for legislature like this to be passed.