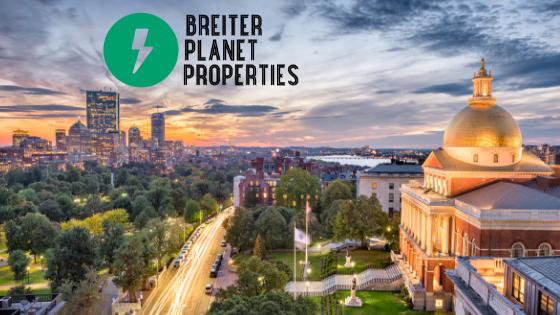 Required rooftop solar for all new buildings in Massachusetts is one step closer to becoming a reality. On July 15, 2019, bills S.1957 and S.1995 were both reported favorably by the Joint Committee on Telecommunications, Utilities and Energy. The next step for these bills is approval by the Senate Ways and Means Committee before moving to a vote of the full senate.

Bill S. 1957 proposes an act to increase solar production on rooftops of new residential and commercial buildings. The bill reads “All new construction shall be built to accommodate the installation of a solar energy system.” Roofs must be able to bear the weight of solar panels, approximately 6 pounds per square foot, while non-solar roof equipment must be placed in a way that avoids shading of the system. The bill incentivizes solar plus storage, reducing the required solar capacity of a rooftop system by up to twenty five percent for systems that include a battery storage unit of at least a capacity of 7.5 Kilowatt hours. Severe penalties for non-compliance give this bill some serious backbone. “Any person who fails to comply with or otherwise violates this chapter shall be liable for a civil administrative penalty not to exceed $10,000 for each violation, or twice the estimated additional cost that would have been incurred by constructing a building to meet the requirements of this chapter, whichever is greater.”

Bill S. 1995 is the second bill that has been approved by the Joint Committee on Telecommunications, Utilities and Energy and is on its way to the Senate Ways and Means Committee. This bill focuses on providing solar energy for State Agency buildings. It requires that any new facilities that will be owned or operated by the Commonwealth of Massachusetts must meet their energy needs with solar installed on or near the property of the facility. This bill is also applicable to State owned facilities that undergo renovations that are equal to or exceed $25,000.

As another heat wave rolls through Boston and much of the United States, it is reassuring to see legislation in the works to increase the deployment of solar energy and reduce our reliance on electricity generated by fossil fuels.

As an expert in Solar Project Development, Breiter Planet Properties can help guide you through the process of installing solar on your new property in order to stay compliant with pending legislation and solar mandates. We are able to develop, finance, and manage solar projects across the globe and make the process as seamless as possible from start to finish.