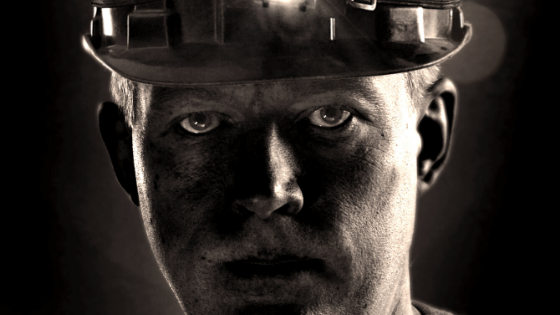 Murray Energy, the largest privately held coal company in the United States recently filed for Chapter 11 bankruptcy. This continues to be a trend for coal companies over the last couple of years. As renewables like solar and wind become more cost effective, they are beginning to move coal fired power plants out of the picture. Unfortunately, the effects of this bankruptcy will harm only the most vulnerable. It will lead to workers and coal miners getting the short end of the stick, and top executives at Murray Energy getting off scot-free. “It (Murray Energy) will seek to be relieved of its obligations to retirees, their dependents and widows. We have seen this sad act too many times before.” (Source)

Blackjewel and Cloud Peak are two other coal companies that have filed for bankruptcy in the last year. Once again, these enormous companies will bail out those at the top of their company, while leaving the most vulnerable out to dry. In the case of Blackjewel, some of the miners are taking matters into their own hands. After BlackJewel refused to pay them, they decided to protest by blocking a train hauling coal. (Source) It is unfortunate that it takes action like this to hold those in positions of power accountable.

As these companies continue to file for bankruptcy, coal generating power plants are also being phased out and retired. This is due to the falling prices of renewables and a heightened social awareness of the harmful effects of the pollutants from these coal burning power plants. Even in areas where the policy is not a driving factor for renewable energy, coal plants are shutting down. The Navajo Generating Station, one of the largest coal plants in the country, will shut down by the end of the year.“You’re not seeing climate policy close these plants,” said Mike O’Boyle, Director of Electricity Policy for Energy Innovation, a nonprofit that advocates for a transition to clean energy. “Coal plants are becoming more expensive to operate over time.” (Source)

As coal and other fossil fuel generating systems continue to phase out, it is time for renewables like wind and solar to step up and take their place. “Closing existing coal plants and replacing them with renewable capacity makes economic sense because it would save hundreds of millions of dollars.” (Source) Renewable generation is going to have to increase drastically. At utility scale in 2018, coal accounted for 1,146 billion kWh of electricity, which was about 27.5% of the entire mix. Renewable sources as a whole accounted for 703 billion kWh, which is 16.9% of the entire mix. Specifically, utility scale solar generation accounted for 64 billion kWh, and 1.5% of the overall mix. It is also estimated that an extra 30 billion kWh of electricity was generated by smaller scale photo-voltaic solar arrays. (EIA.org)

As we move to the 2020s, there is abundant hope for the future of renewables and solar. Many large corporations like Facebook and Google are committed to the procurement of solar energy. These pledges are exciting and a long step in the right direction.

At Breiter Planet Properties, we provide energy solutions for homeowners, landowners, and business owners alike. We are committed to the energy transition and are excited to be part of such a rapidly progressing field. Click here to explore your options for solar energy: