As the first cannabis company to power an at-scale, indoor cultivation project with renewable solar energy, Canndescent provides a critical template for sustainability in an industry where outdoor growers tax water resources and indoor and light dep greenhouse growers consume an estimated 1% of the electricity produced in the United States. The project currently produces enough power to charge an estimated 20% of US smartphones for a day and highlights a potential path to divorce agriculture from many of its negative environmental impacts. Cultivating indoors with solar power, the project marries the crop turns and water efficiency associated with indoor, hydroponic cultivation and the energy efficiency found in other forms of cultivation. Historically, the cannabis industry has chosen between indoor, outdoor, and greenhouse approaches. With the first-of-its-kind solar project, the company creates a fourth choice it calls greendoor™ that unites water efficiency, energy efficiency, and pesticide-free growing in an indoor format.

Aside from bridging traditional cultivation barriers, the solar-powered cannabis facility stands as a political iconoclast. It harmonizes the progressive themes of alternative energy and alternative medicine with the conservative theme of private enterprise, creating social impact in an Opportunity Zone. The company invested a combined $3.75m to retrofit its 11,000 sf warehouse for solar and cannabis production and produces an estimated 10,000 pounds of boutique cannabis in a city where 34% of the population lives at or below the poverty line. Scott Matas, Mayor of Desert Hot Springs, beamed, “Since inception, Canndescent has lifted up our community contributing $500,000 in local cannabis taxes and creating 150 jobs. Adding renewable energy to what was the first cultivation project to open in the Coachella Valley, Canndescent continues to light a path for others to follow.”

"We commissioned the solar project because the modern consumer deserves and demands that we create exceptional products using exceptional practices. As an industry coming of age right now, its natural and appropriate for the cannabis industry and Canndescent to lead business community in addressing some of the world’s pressing challenges." 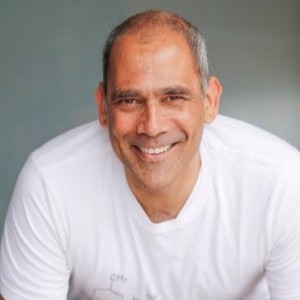 Already exceeding The California Energy Commission’s requirement for new nonresidential buildings to have rooftop solar by 2023, Canndescent constructed the project in 8 weeks after a two year struggle to win project approval and financing. Canndescent’s Chief Compliance Officer, Tom DiGiovanni, said, “Given the restrictions around cannabis banking and lending and the complexities of energy projects and California civil construction in general, this was extraordinarily difficult to pull off. Nevertheless, we got it done and have established a template for the ‘green industry’ to go greener.”

To accelerate adoption of solar power and greendoor practices within cannabis, Canndescent will release a white paper in 2Q19 sharing its solar project plans as opensource. The company has also released a project video, and has planned a site tour on Monday, March 18, 2019. Canndescent empowers adults to turn down the noise, unlock the moment and transform their lives with ultra-premium cannabis products. In 2015, Canndescent became the first cannabis cultivator in the world to abandon traditional strain names and pioneer effects-based cannabis, selling its flowers under the names, Calm, Cruise, Create, Connect and Charge. In 2016, the company opened the first municipally permitted facility in California; in 2017, Canndescent became California’s #1-selling flower brand, and in 2018, the company became the state’s #1-selling brand of luxury flower products. Consumers can purchase Canndescent products at leading dispensary and delivery services throughout California and can learn more about the company at www.canndescent.com.